By the way, our gilt, Rhea, is officially a sow.  She had her first litter of babies a few weeks ago.  She has 6 of them that are doing well.  Rhea is a very gentle and laid back momma.  (a.k.a.  doesn’t act like she wants to eat you)  I visited the pigs and all of the babies were super friendly; coming over to have their ears and backs scratched.  They are doing really well.

The weaned litter and Bacon are getting along.  They are now able to go outside but they don’t seem interested yet.  We think they can be bribed with food.  We’ll see.  Jim attached a watering nipple to a barrel for them to drink from so we don’t have to haul as much water.  Each pig in the group has learned to use it.

In other news, the other 3 big pigs are doing great outside and all 3 manage to wedge their butts in the shed Jim built.  While I have not seen this myself, I hear it is quite comical. 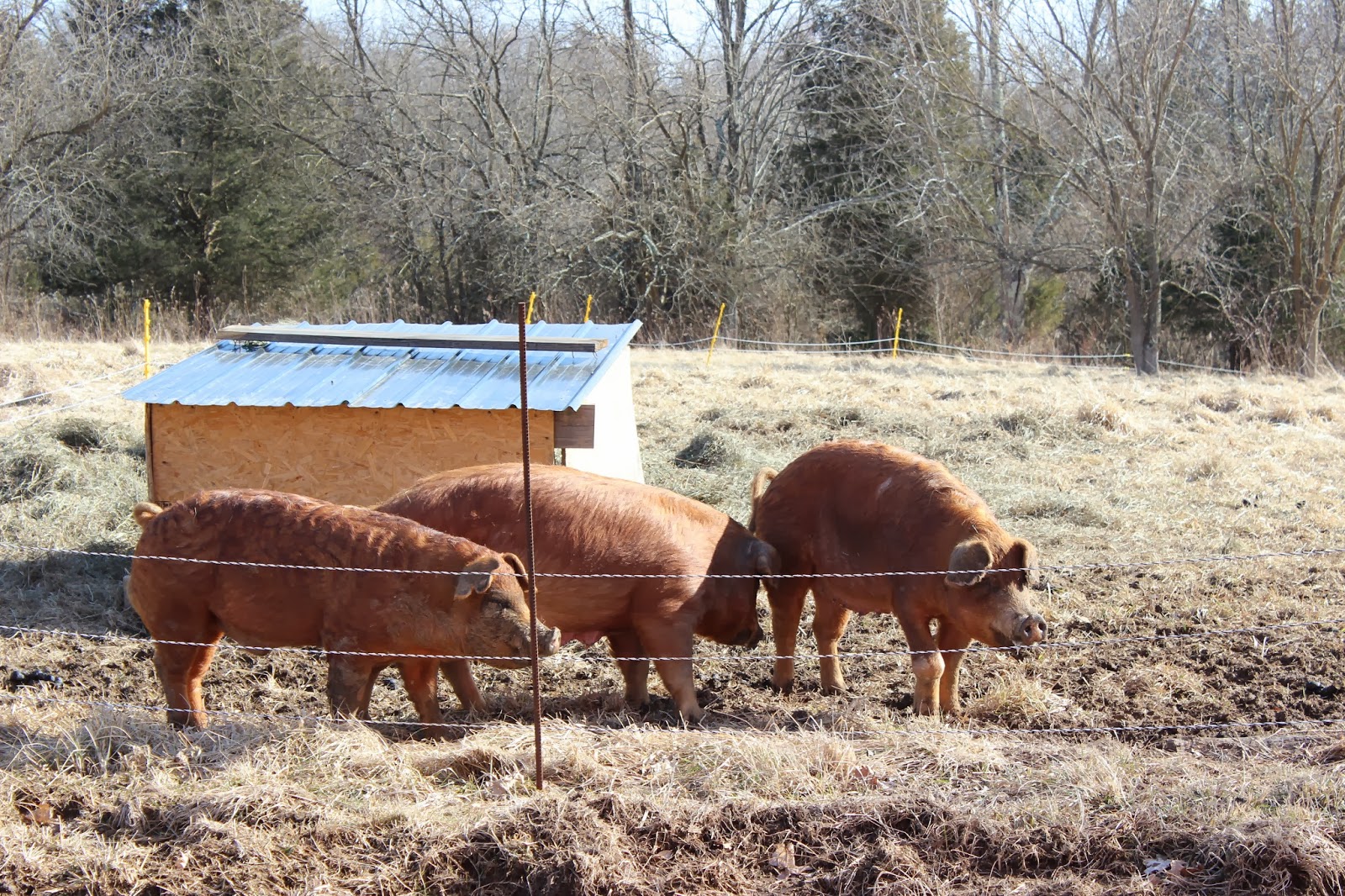 You may recall from a previous post that I needed to get mud boots (it is now mud season after all).  I used my new boots over the weekend and this called for another group boot photo (mine are the black ones with white polka dots on the far left).