Young pigs are curious little creatures.  As you may have seen in other pictures we post, there is feed bunk from when the space was previously used for cattle.  We use it as an observation deck of sorts or a means of delivering feed.  Little pigs treat it as an escape route.  Matt’s dad, Jim, was feeding the pigs last week and stacking bales of hay along the bunk when curious little noses began checking it out.

Next thing he knew, a little pig had dashed under his legs, and then another.  It was headed for the main part of the barn, which could be fine except that the barn door was wide open.  Luckily the little pig made a hard left back into the stall area, but with no way of getting back in with mama.  As you might imagine, mama was not happy and was ready to protect her young.  You might not think pigs can jump, but Jim was hoping the electric fence he ran around the top of the stall would keep her in.  We don’t even want to think about the mess we would be in if mom got out.  He scooped the little pig up with a bucket and dumped him over into the stall with mama just in time.  Crisis averted!  Needless to say a few modifications have since been made to deter escapees. 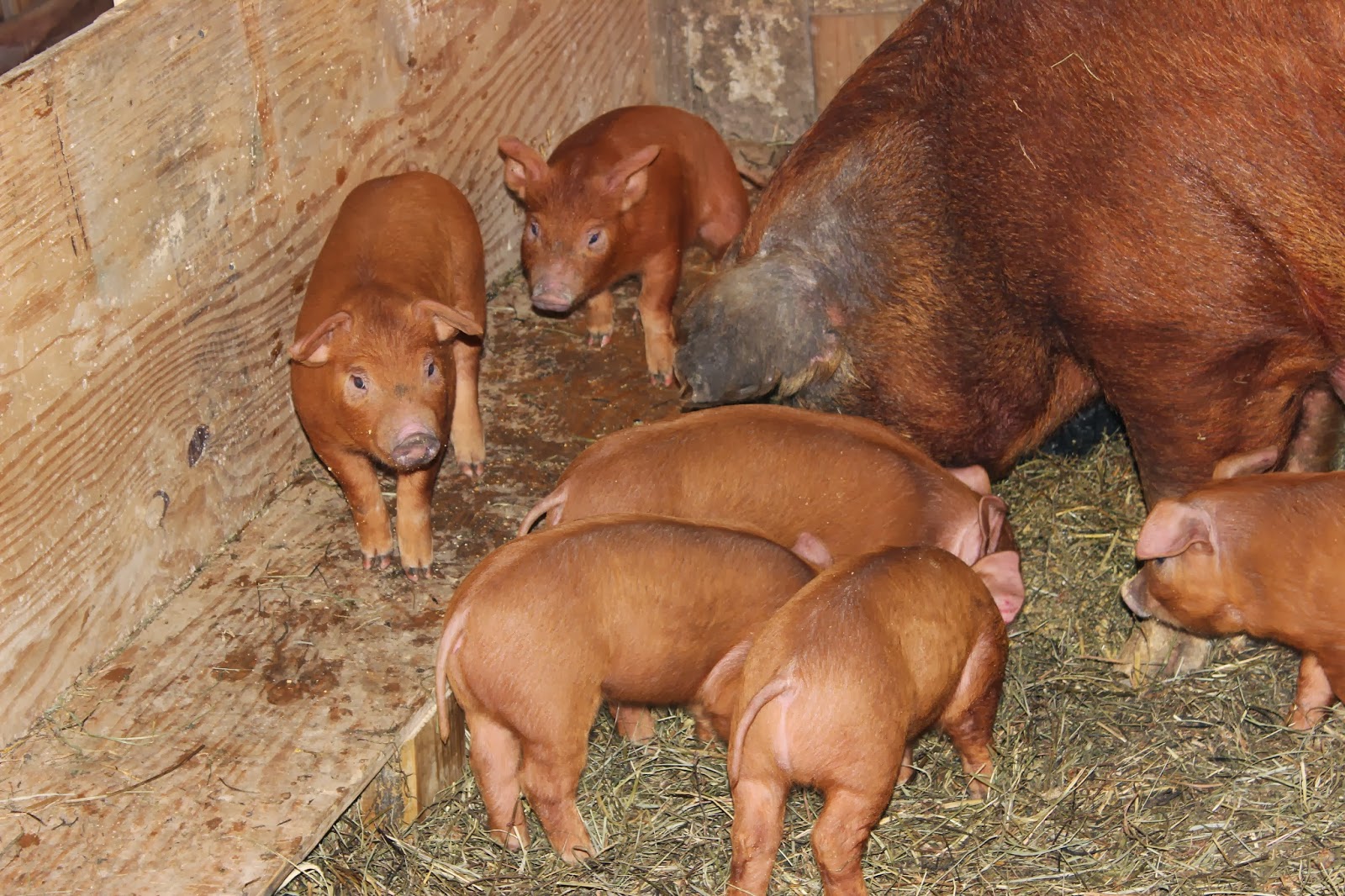