Back in May, it was time to plant our garden.  Thankfully, little boys were willing to participate so we could accomplish the task at hand.

We opted to move the garden this year to "the other side" which we hope will drain better than the side we usually use. 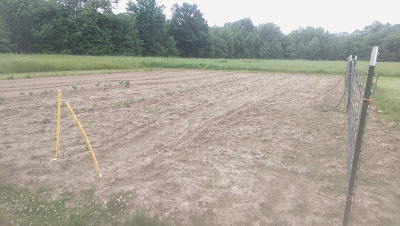 So I sent Matt to the greenhouse to buy plants.  We usually buy our tomatoes and peppers, but plant our beans, cucumbers, melons, beets, spinach, squash, and zucchini from seed.  We also purchased 4 varieties of onion sets. He came home with 28 tomato plants and 32 pepper plants, various varieties. 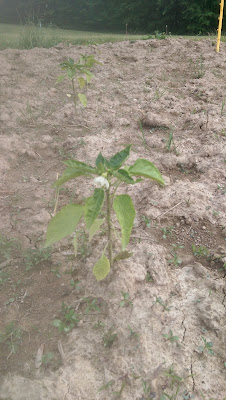 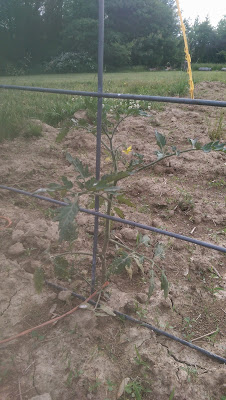 I got to plant the tomatoes and pepper while he planted seeds.  Little boys were enthusiastic about helping.  Actually, so enthusiastic that we had onions planted twice as close as they should be and there was stomping that nearly missed the tomatoes and peppers I had just placed.  Matt usually runs a rope from post to post at either end of the garden in an effort to plant a straight row.  Not sure that happened with Keegan pulling on and climbing over the rope as as he made the row. 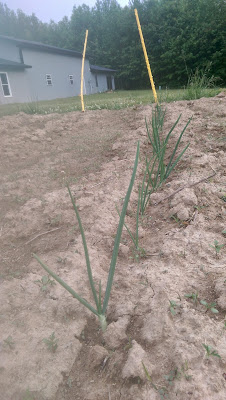 For a short period of time the boys entertained themselves. There was great joy in stomping across the freshly tilled earth and leaving tracks, just like the deer do if you are unlucky.  But the most memorable part was when Will laid down in the dirt and began to make angels in the dirt as if it was snow.  He was so exited and proud of his work.  I love the innocence of a child and how concepts fit together just perfect in their minds. 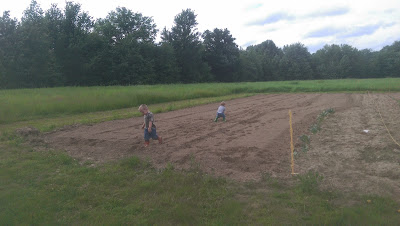 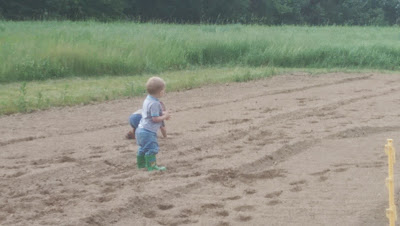 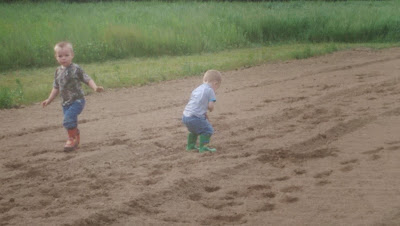 In the last month, our garden has flourished and the seeds turned to healthy plants.  The weeds flourished too.  We'll see about posting an update when those are under better control and a picture would be more presentable.