If you aren't familiar with Pi Day, it is the date on the calendar that is representative of the mathematical constant known by the greek letter π.  3/14/15 at 9:26 a.m. was the longest sequence we'll see in our lifetime of 3.1415926... and my nerdy husband whom I love dearly thought it would be great if we made pie with the boys.  Of course he was conveniently busy when it came time to make it and it was a three hour expedition with two toddlers as a result, but it was a good experience and I think you will agree that they were engaged and had a lot of fun.  I had to be cognizant of keeping it fun so they will think it is this much fun when they are older and much more useful in the kitchen.  What made our pie special is that we use lard we rendered ourselves from Fork Right Farm pork.  (yes, Matt is working on a guest blog tutorial of how to render your own lard.  It really is quite easy.) 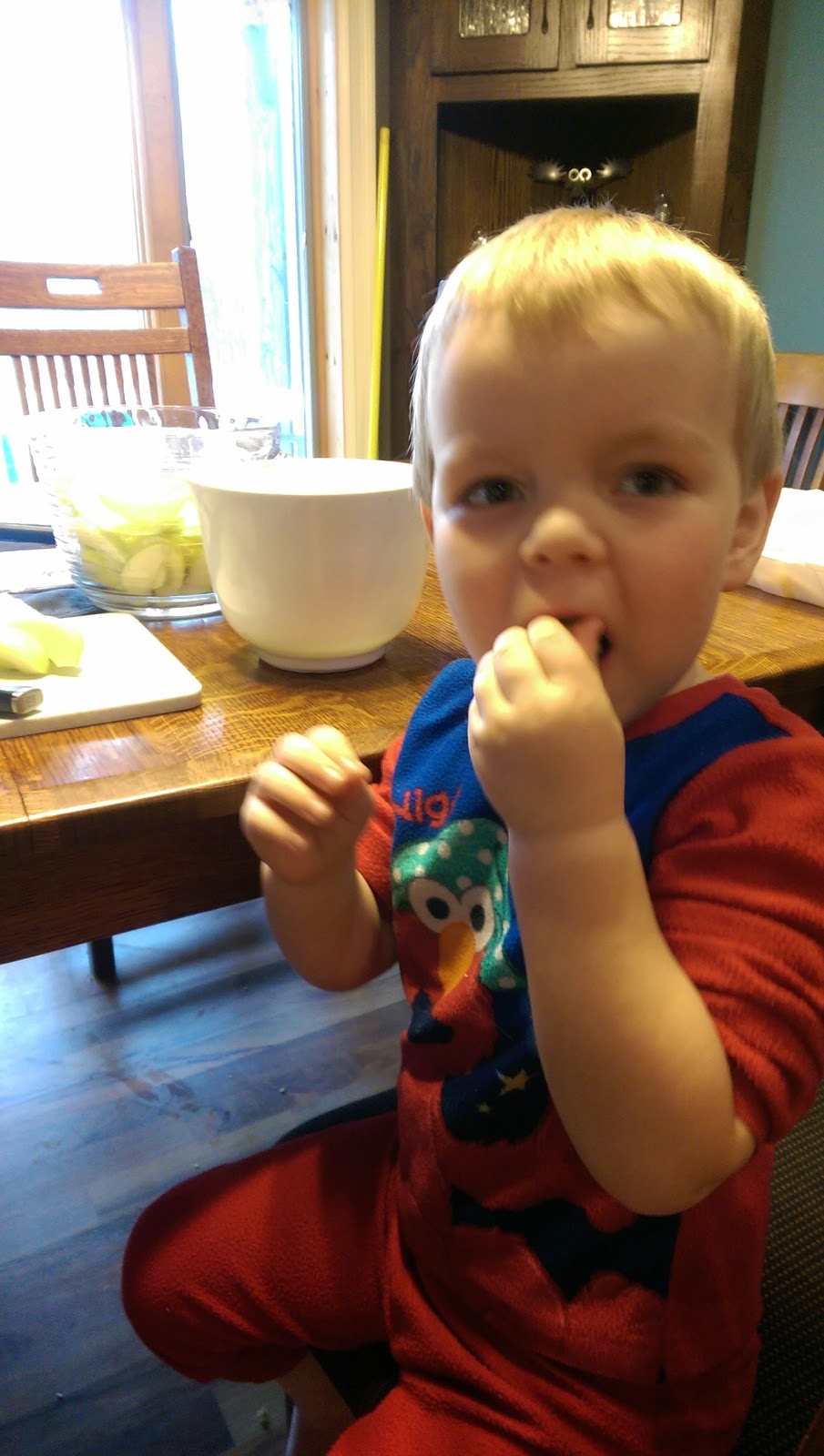 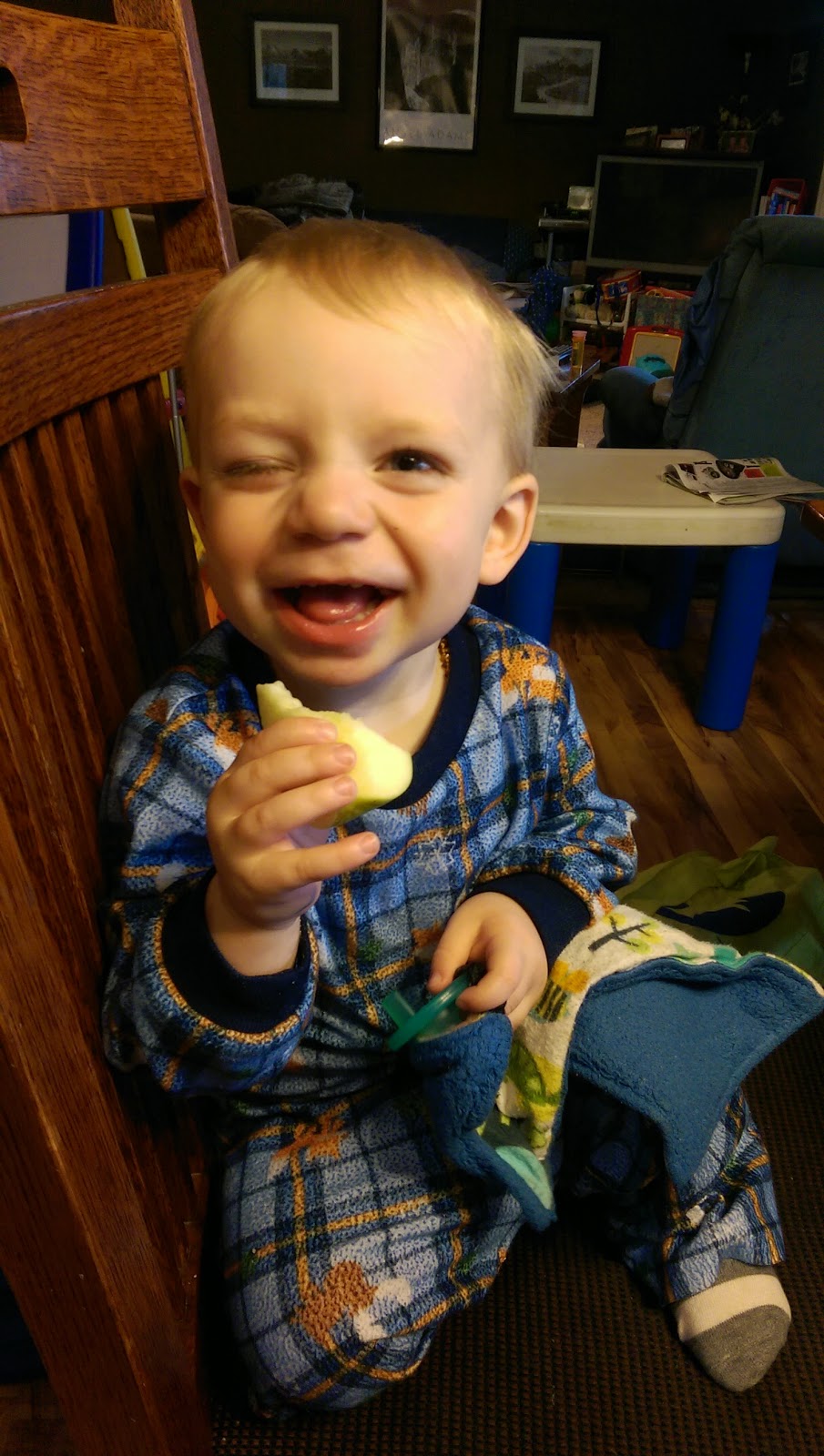 It's fun to sample the apples when Mom isn't looking

I can honestly say this is my first completely from scratch apple pie, crust, filling and all.  I've made pies where I bought roll out crust.  And I've done pies where I made a crumb style crust and bought filling, but never the full combination.  I'm probably my own worst critic when I say it could have been better.  I believe I need to contact Matt's grandma and find out her recipe and which variety of apples she uses because it was not as good as her apple pies.

I'll be ready for the next Pi Day, even if it isn't Epic.