Not every pumpkin in the patch is jack-o-lantern perfect.  Some rot before the majority of the patch is “ripe” or they were nibbled on by some bug or small furry creature.

A few weeks back, we had the opportunity to collect some of the imperfect pumpkins from a patch. 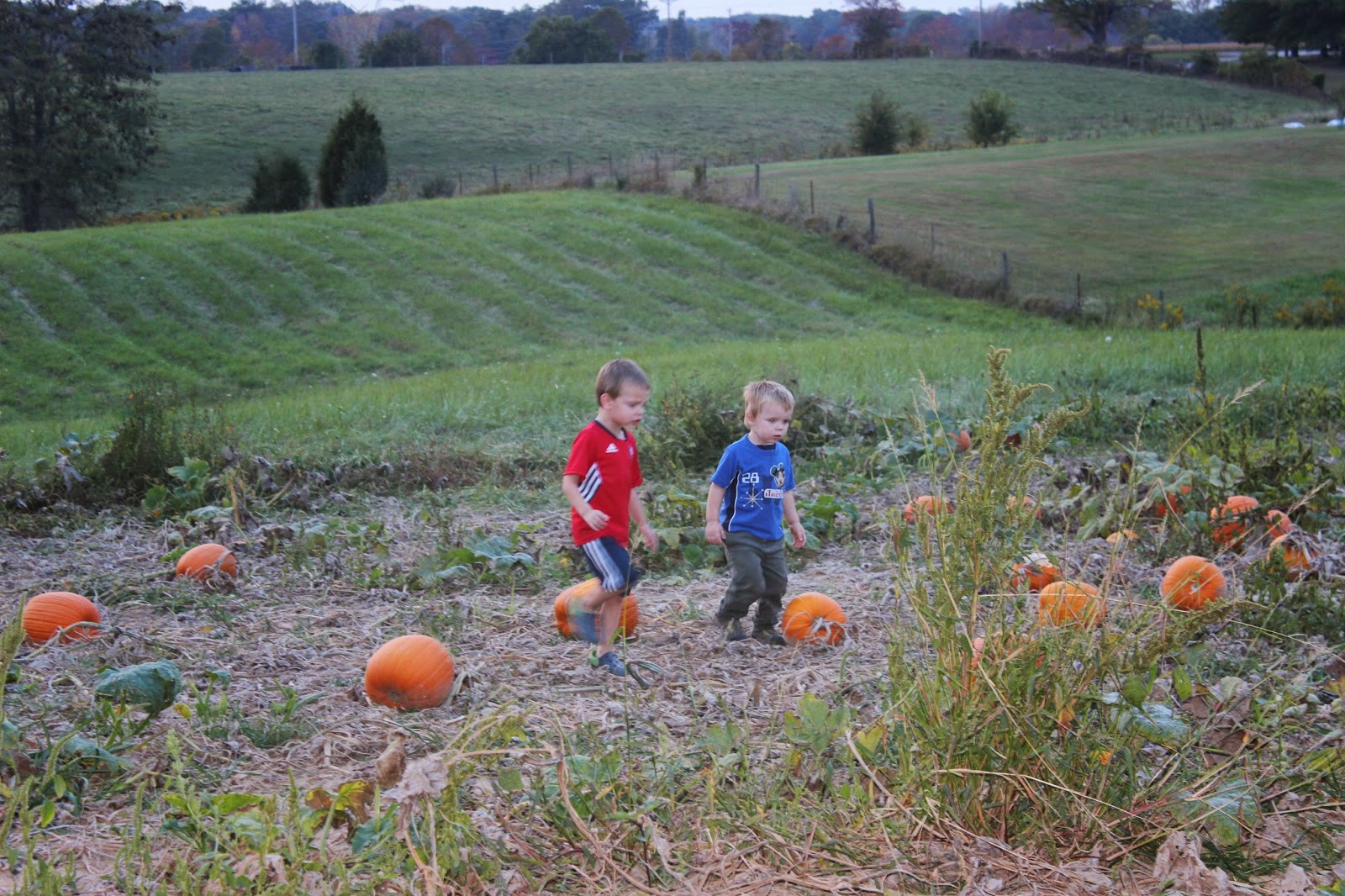 Of course our little helpers couldn’t pass up this opportunity.  And there is nothing like reaching to pick up a pumpkin and your hands going through it. Yuck! 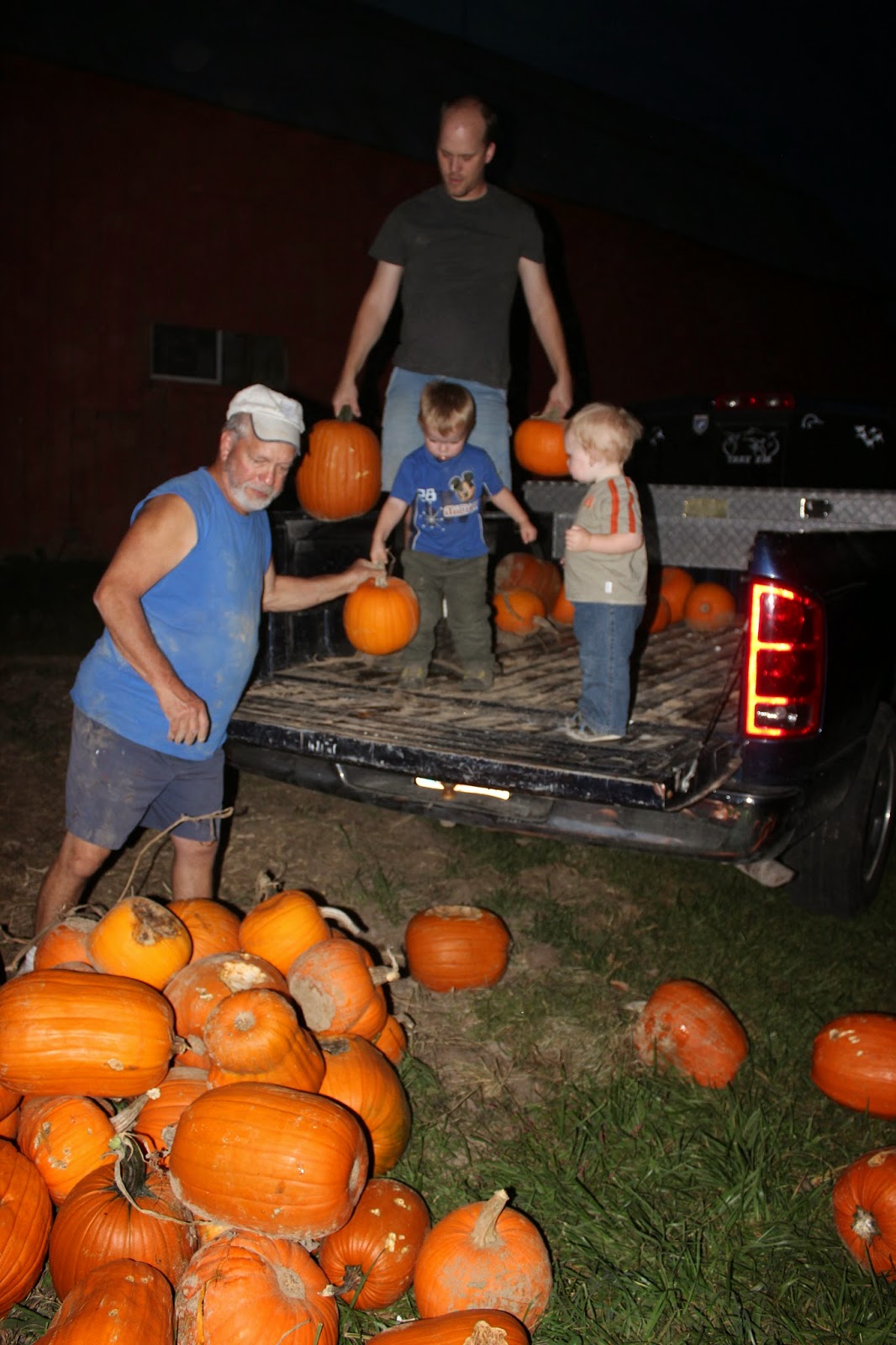 It was late when we got back to farm and began to unload them, but the piggies were intrigued.  A few broken pumpkins got tossed in the paddock and the pigs feasted.  They get a few pumpkins to share each day, enjoying the seasonal produce. 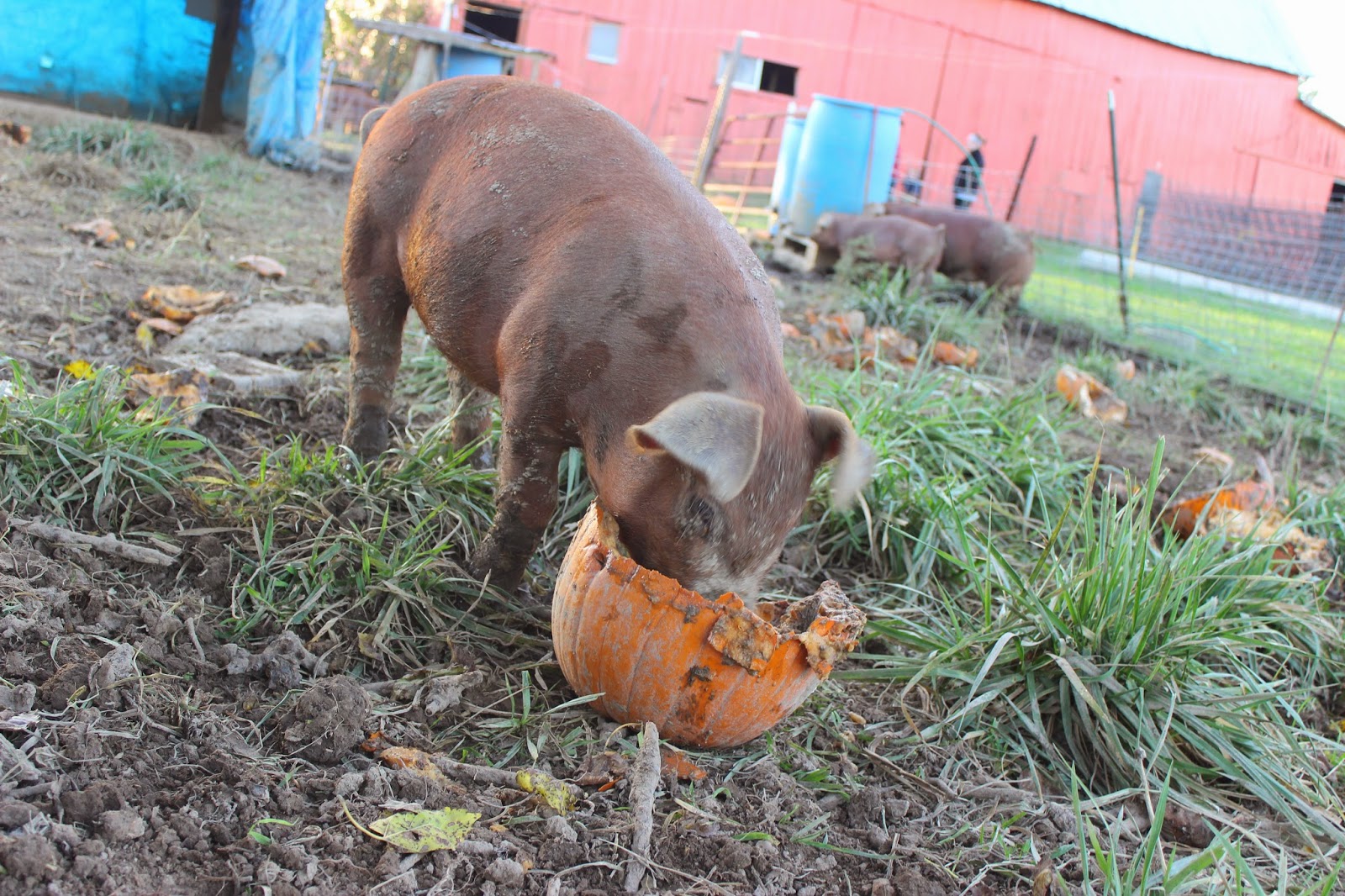 Despite his small size, our son Will tries to pick up pumpkins to give the pigs but he just isn’t big or strong enough yet.  I’m confident he has plenty of opportunity to help out in the future. 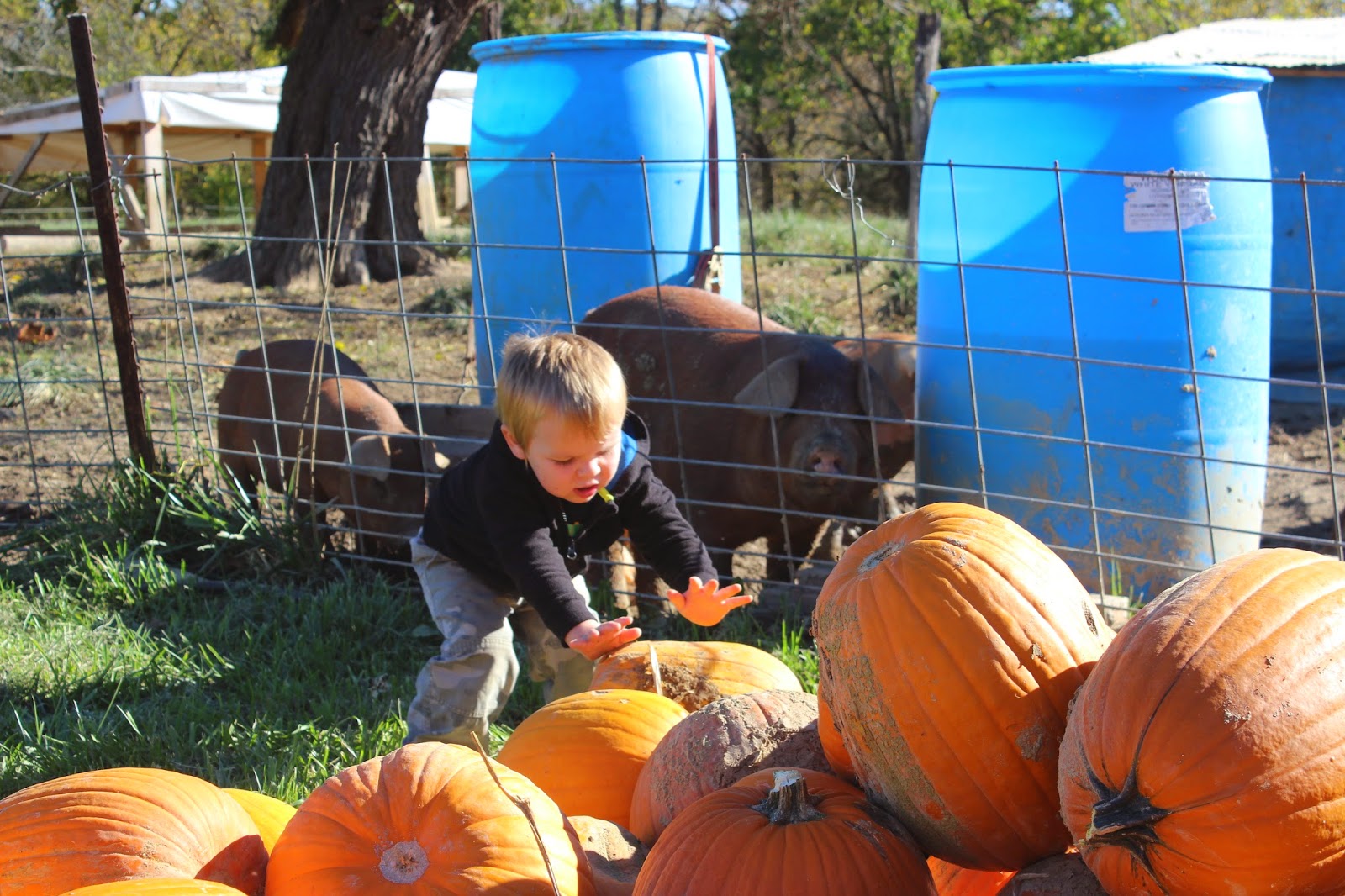 Happy Halloween from our haunt to yours!  No tricks for the pigs, just some more tasty pumpkin treats!