Lots of people make soap these days.  Some buy supplies from the internet, some use goats milk or honey, and others use coconut oil, palm oil or other vegetable oils.  When you raise pigs, you end up with lard as a byproduct from the butchering process. (okay, not instant lard, there are a few steps to get there.)

Matt decided to use some of the lard he rendered from our hogs last fall to make soap.  Lard soap is a throwback to the days of pioneers when they couldn't buy soap at the store.  The only way they got it was to make it themselves.  I can claim no involvement in the making of this lard soap, I did surrender my silicone bake ware for use as molds. (And I’m still waiting for it to be cleaned and returned to me.)

For those unfamiliar with the process of soap making, here are the basics: 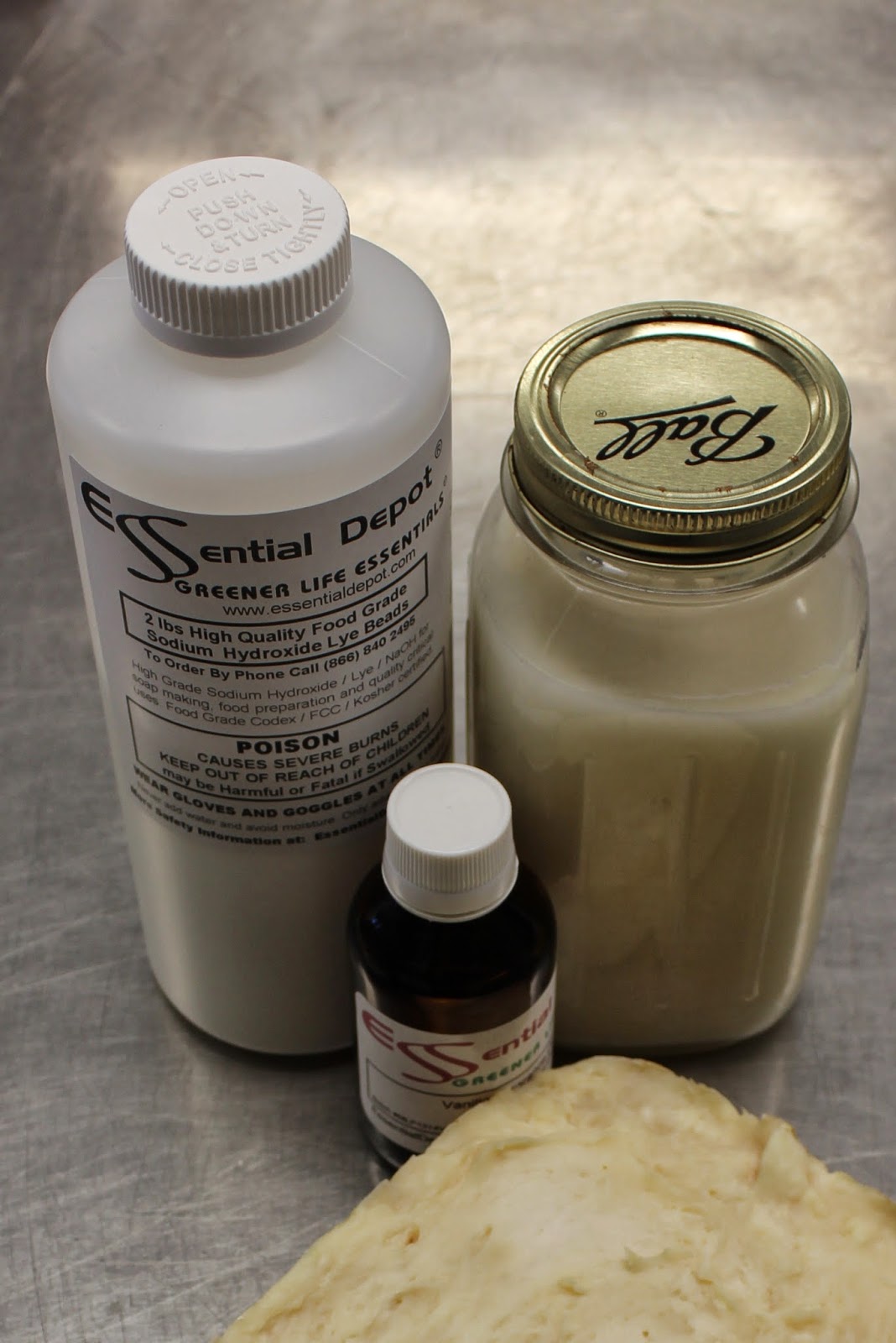 First you carefully measure out your ingredients.  Too much fat, and you get greasy soap, too little and the soap is caustic and can burn or otherwise irritate your skin.

After you measure your ingredients, you carefully combine them while taking care to not splash or get anything in contact with the lye that may be damaged.  It's important to wear safety glasses at this point in the process.

After mixing the ingredients, you then stir the mixture until it starts to harden.  At this point you pour it into molds (silicone bread pans work well) and wait for it to harden.  The hardening process continues the saponification and after 24-48 hours the block can be taken from the mold.  After an additional 2-3 weeks, you can cut the blocks into bars, package and use it. 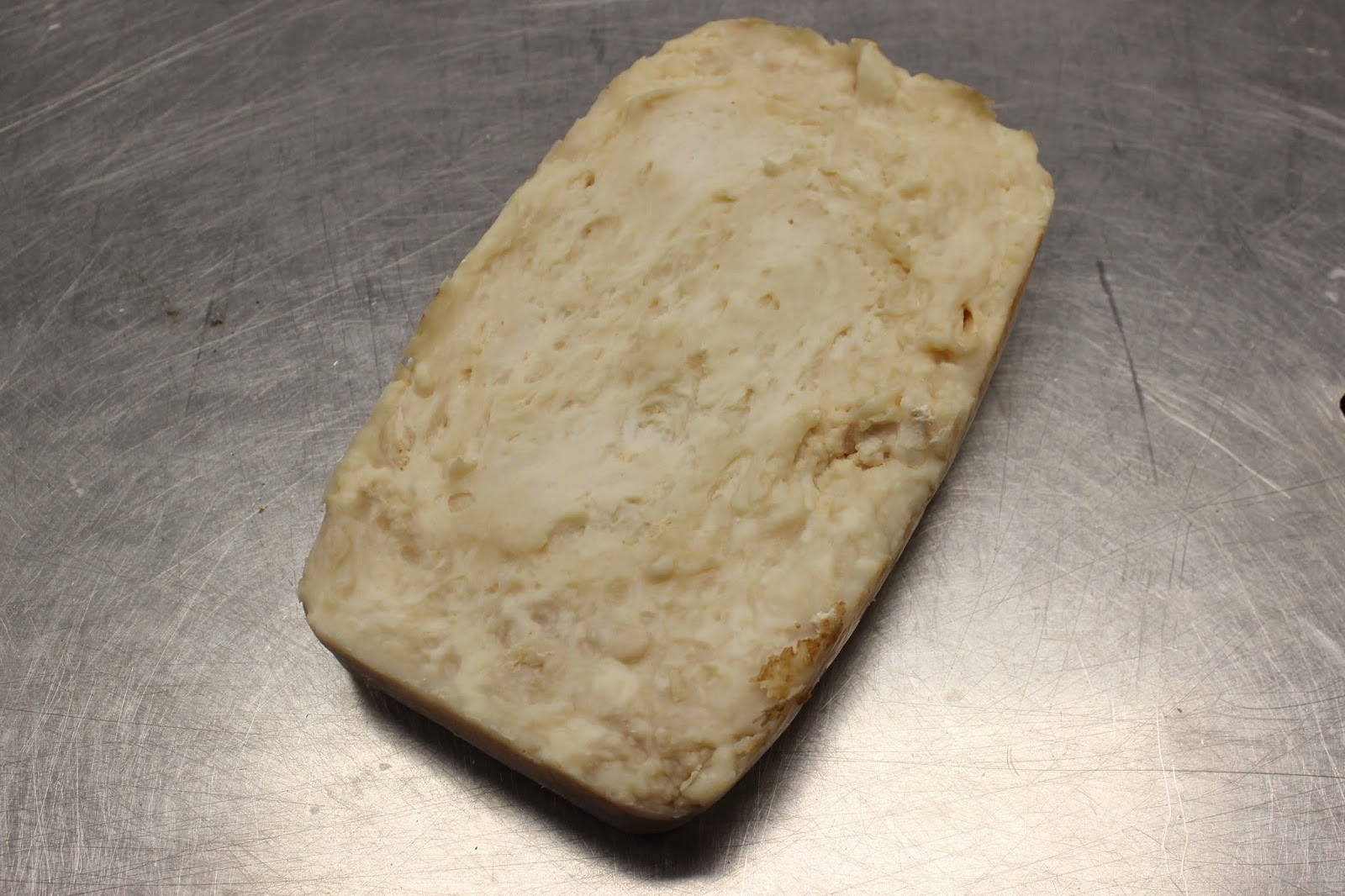 When using our lard soap, it lathers much like any other soap.  The benefit of this soap is the glycerin was not removed and it leaves your hands slick and soft after washing.  Most commercial soaps have the glycerin removed.  Our soap doesn't lather quite as well, but it is good enough.  This could be fixed by using small amounts of fats other than lard. 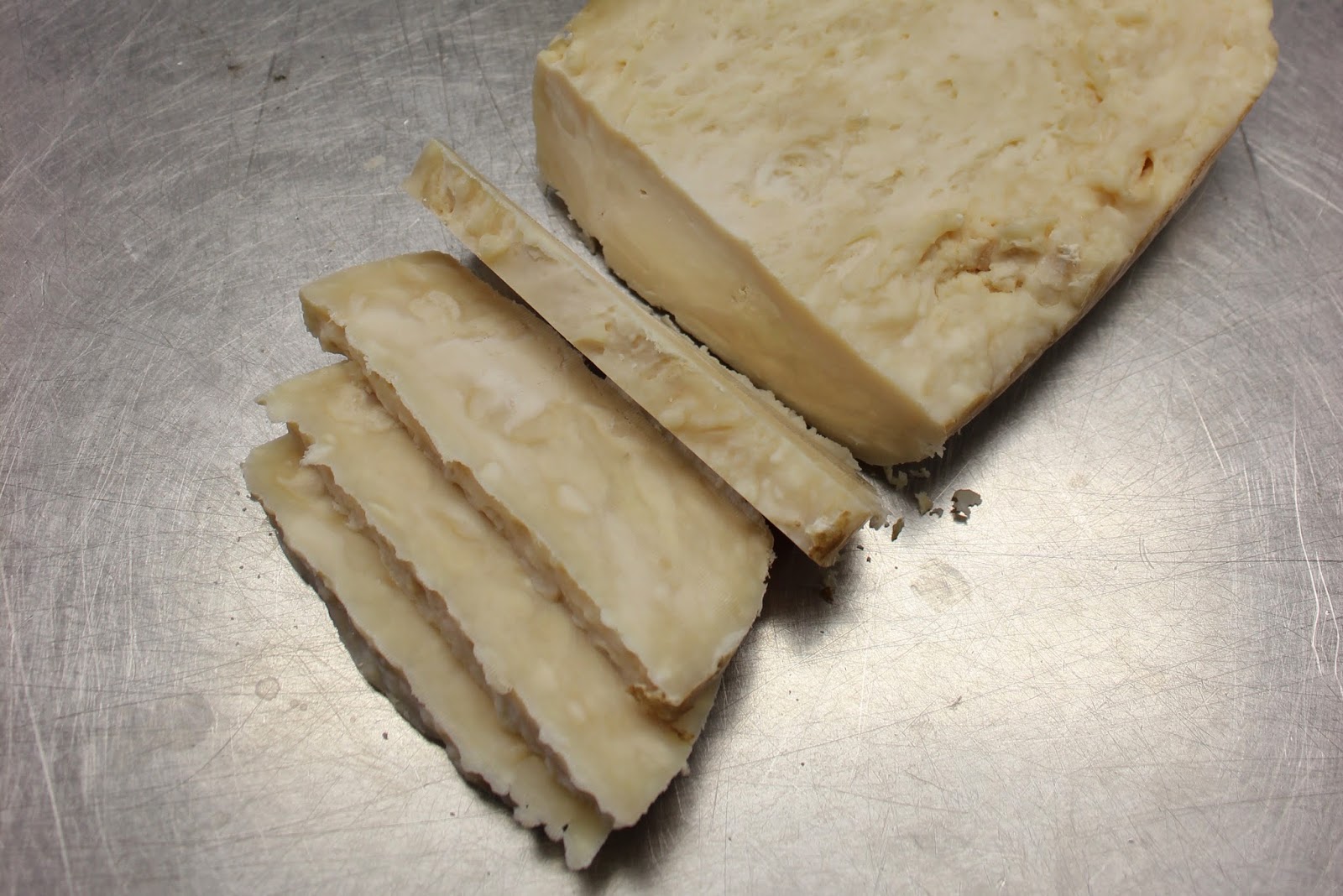 As with anything, it is a learning process and I'm sure we will improve upon this first try.
Posted by Sharlena at 6:28 PM